A new story to tell

Verona has a long-standing tradition in opera and drama—but now this northern Italian city has even more to show. Supernova and Snøhetta teamed up to dream big, and so they did as their new award-winning urban project is going to bring back to life a former tobacco factory building right at the Fiera Verona, one of the leading expo centres in Europe.

Once again Snøhetta asked us to help the general public get familiar with one of their new and ambitious masterplans, this time the scene is in the beautiful historic city of Verona, which meant putting a great emphasis on incorporating the city’s cultural heritage into our 111-second-long architectural animation that was made complete with several interior and exterior renderings.

Although it is still unknown whether William Shakespeare himself ever visited Verona or not, his famous screenplays have most certainly lured many art lovers to the city over the years. For our task, we drew inspiration from Romeo and Juliet and Verona’s most famous balcony, as well as other famous artistic masterpieces like Victor Fleming’s characters on the yellow brick road (the American musical fantasy film, The Wizard of Oz, makes an appearance produced by Metro-Goldwyn-Mayer in 1939), and the colours of Andrew Lloyd Webber’s The Phantom of the Opera, which also make an appearance in our movie for a second.

Our team urged an interplay between the future real-life use of the site with the bustle and interconnected everydays of modern humans and the fantasy worlds that were created by many writers inspired by the romantic city of Verona over the centuries in the form of books and screenplays. The final result is a dynamic collage of real-life scenes and slow-motion bits.

Where everyone else saw a former tobacco warehouse and an old-fashioned brick chimney, we envisioned the great future of Verona. This collaboration started off and ended up with joint enthusiasm from the side of the architects and developers alike and promises a great life to this new urban space designed for residents and tourists alike. Situated on the top of a late industrial area it’ll provide an economically, socially and environmentally sustainable solution for living on the banks of the Adige River.

This year, for Manifattura Tabacchi, we put a great amount of effort into trying to come up with new ideas which subsequently also lead our team of artists to expand their skill set as they reached a higher level in animation production, composing, illustrating and image creation.

So we invite you to sit back, relax and enjoy probably our most artful and innovative work appearing on the screens this year which represents the first major urban regeneration project in Verona. 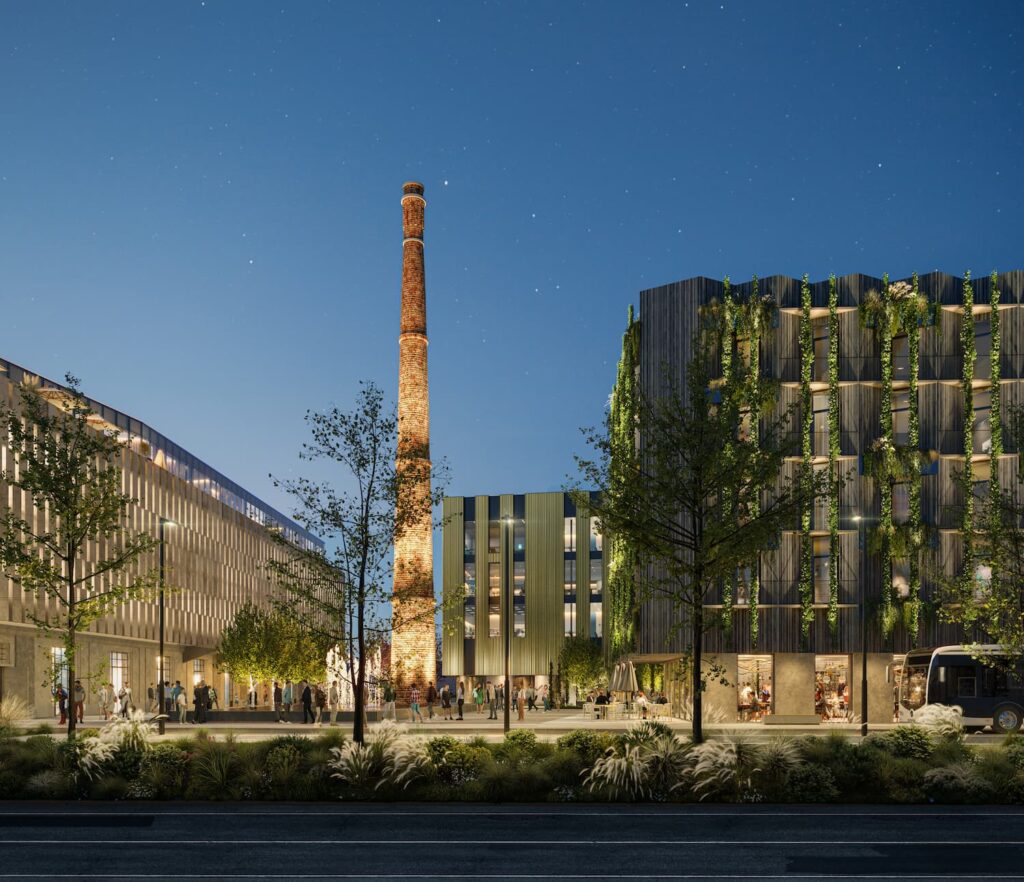 When Hager & Signoretti and Supernova were choosing who should join them in designing Verona’s new development, our remarkable international partner Snøhetta stood out.

The refurbished tobacco factory dates back to the 1930s, and the new residential and office structures across the site were designed with the aim of complementing Verona’s architectural history while asserting and improving its aesthetic in the modern age by completely changing the face of the city with a new masterplan in the historical Zai area.

The design keeps and honours the old brick chimney, but at the same time it helps the city to be as modern as many other great European metropolises and even more attractive for tourists and investors with its beautiful open area, which will connect the former industrial area to the city centre. 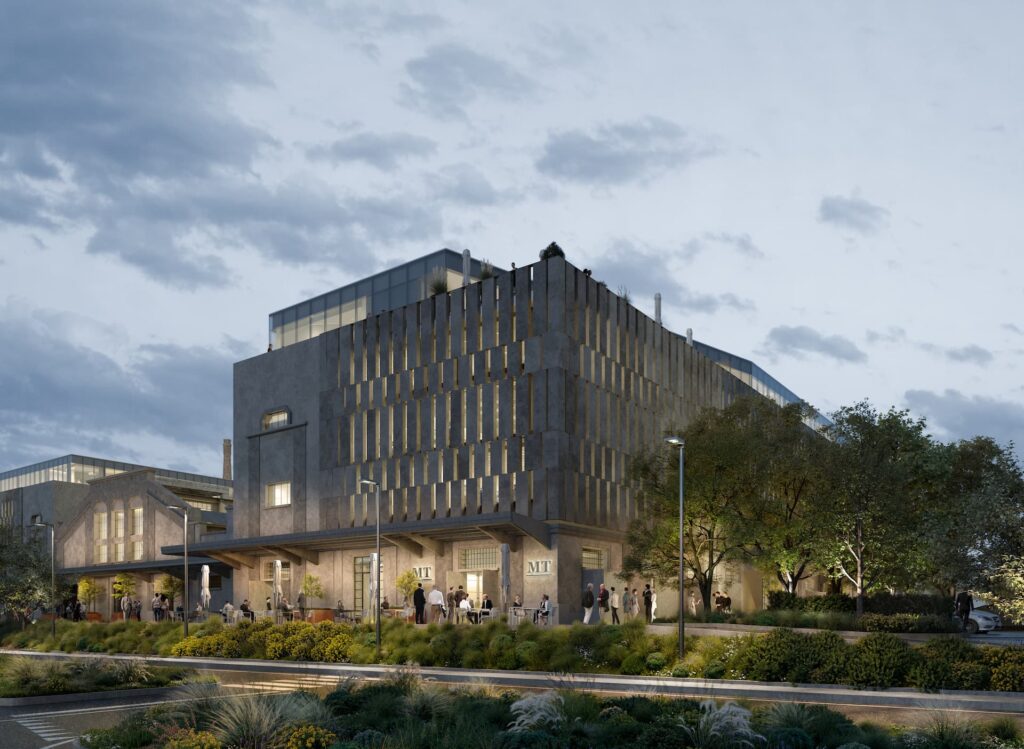 We loved a browse through the chic and open-air food courts as much as the shiny new office buildings, but there’s a lot more to relish about the new 37,400 square-meter-size architectural development.

There will be shops that serve the local community’s needs, places that bring together different generations, and many others that are, essentially, neighbourhood playgrounds for adults or services provided to employees nearby.

You’ll find that everyone will find their own favourite spot on the site, but the revamped high-ceilinged food court interior and the newly designed office building exterior are two of our favourites. 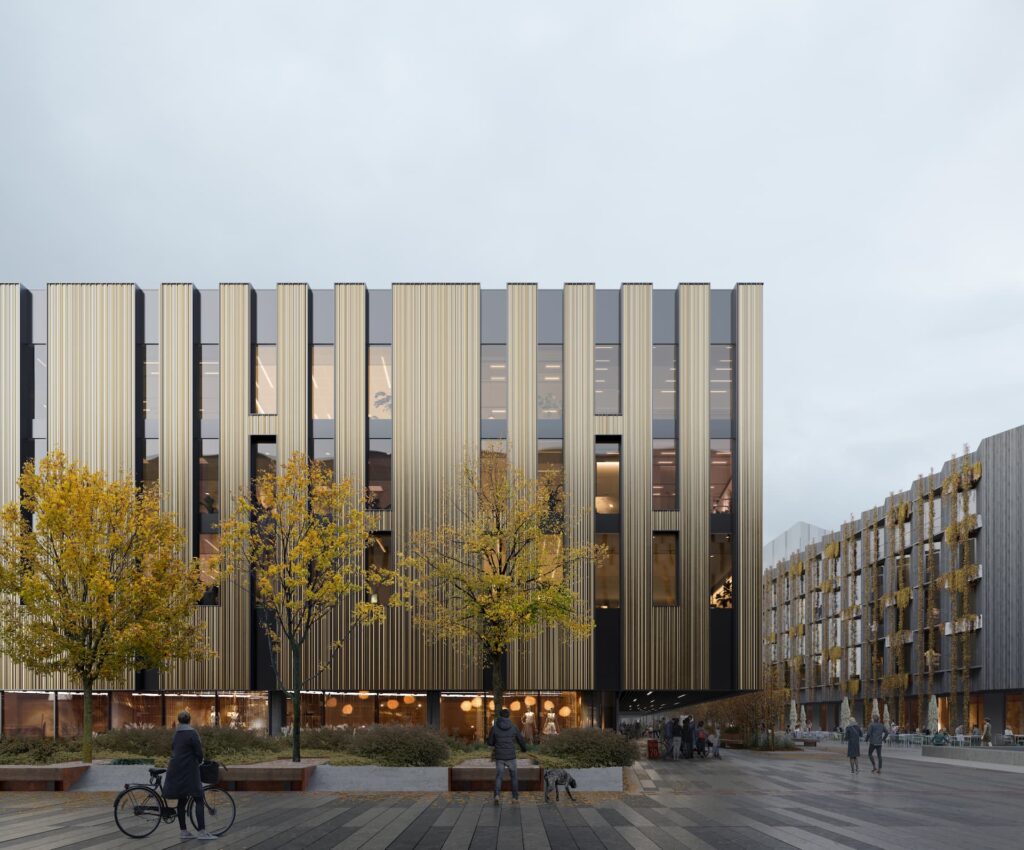 Size isn’t everything: what matters is the quality of life and sustainability that a large, modern-day development can provide. Besides these aspects, attention to beauty was a main focus for the superstar designers while our main goal with the visual materials was to highlight and emphasise the connection between the city centre and the new site.

The project began as a large-scale and challenging task and it was just getting more and more complex as we were brainstorming about different ideas, but in the end everything spanned into place as we finalised the design concept. We created something incredible, something that we are truly proud of. 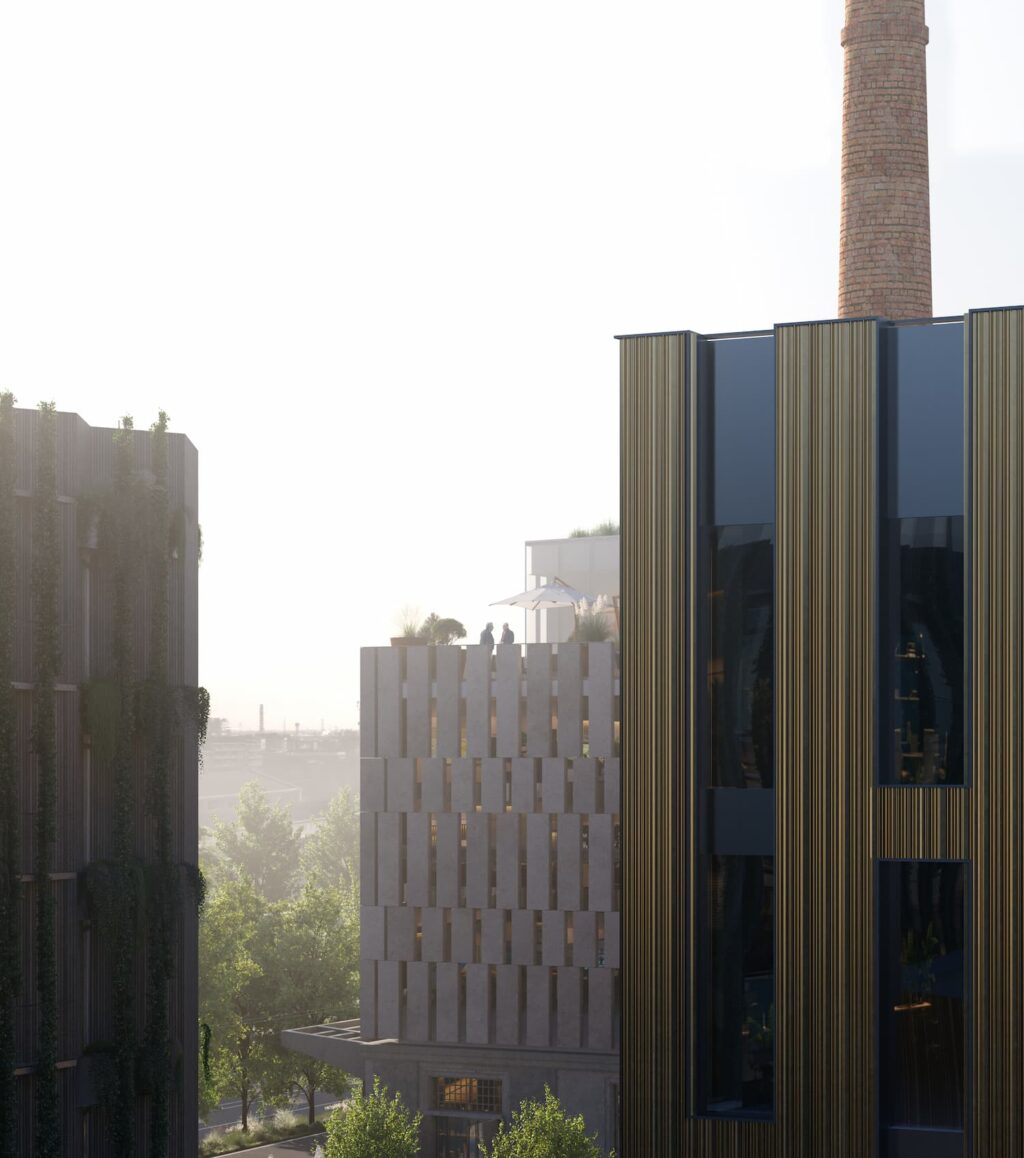 With two architectural animations and 10 images delivered, the project was a delightful, feel-good example of craft and playfulness in our studio.

By building alternate dimensions and this immersive world through CG, every scene and image creatively depicts the uniqueness of this city that set’s the storyline so original and the movie so special. 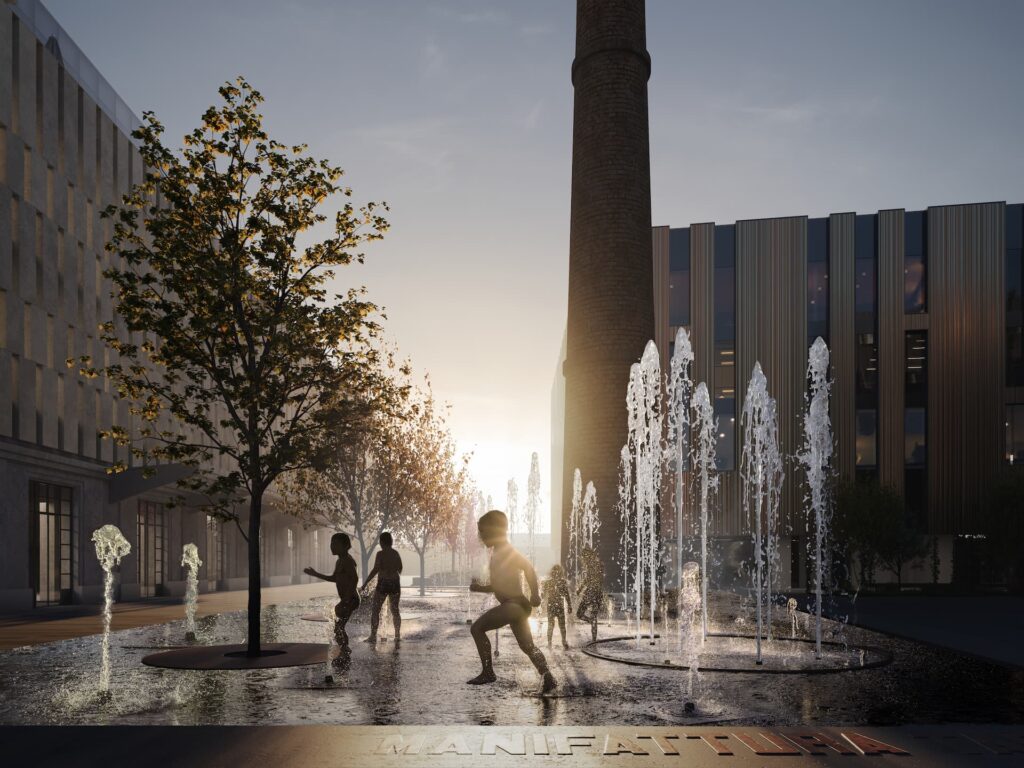 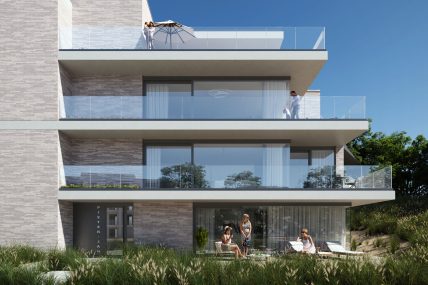 TELL US A BIT MORE